Election Aftermath – the ‘Con’ after the storm

Alas, after 6 weeks of speculation, prediction and perspiration; the result is clear and settled. The United Kingdom will have another 5 years of the Conservatives but this time, they’ll be alone, David Cameron secured a majority in the General Election. The Conservative Party has an absolute advantage in the House of Commons and now they will be free to pursue their policies without any LibDem restraint.

Many of my friends and colleagues have been asking what the implications of a Conservative government will be. Many of my generation, born during the 1990s, have not lived with a Conservative government and do not know what to expect. Some have formed their opinions from the populist lines on their Twitter timelines. Some people have already taken direct action, yesterday a number of protesters marched in Westminster to voice their opposition to a new Tory government and further cuts to government spending.

What does another 5 years of blue really mean for students, graduates, young professionals and wider society?

Well, if you’ve just graduated with your 1st professional job and managed to move back into your parents’ home rent free then you’re in luck because the Tories will lower your net pay (income after tax) and help you get your 1st home, still without resolving the long-term issue. My fearful assumption is not many young people will be in this position. Fortunately though, for anyone considering continuing their studies, a £25k loan may be come in handy. Any budding start-up companies will also benefit with assistance from the Business, Innovation and Skills department.

• The Tories have pledged to increase NHS spending in England by £8bn above inflation and improve access for mental health
• They have pledged to eliminate the deficit by 2018 and ensure there are no increases to income tax, VAT or NI contributions
• They will likely lower to higher tax rate to 40%, increase the personal allowance to £12,500 and raise the threshold for the 40p tax rate to £50,000
• Build 200,000 homes for 1st time buyers at a 20% discount and create a fund to unlock sites for 400,000 homes
• Students planning to complete research-based master degrees or PhDs will be promised loans of up to £25,000
• Helping smaller businesses take on new workers through the employment allowance. This frees businesses from the first £2,000 of employer’s national insurance contributions.

The biggest risk from a Conservative majority is the possibility and near confirmation of an EU referendum. I do agree with allowing the UK electorate to voice their opinion on such a longstanding issue, but the uncertainty and unclear ramifications the referendum and a ‘Yes’ vote would cause are chaotic.

• An EU Referendum in 2016/7 to decide whether the UK should stay in the EU.
• There is likely to be more gradual privatization of the NHS and the Education system which could lead to longer waiting times and higher inequality.
• Transfer of police, fire and prison services to private security contractors and companies.
• A change to the constituency boundaries to favour Conservative areas and regions. 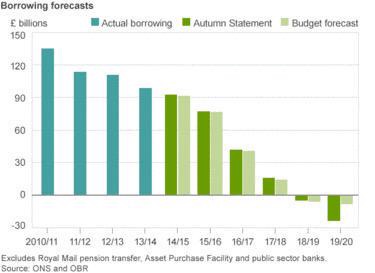 The worst from the Tories will impact broader society and individual freedoms. Theresa May, the home secretary, wants to implement a law that will reduce the privacy of your online and mobile messages. The Tories are planning a large scale cut in spending with a plan to balance the books by 2017/8, there is also cause for concern for aspiring students and parents nationwide if there is double whammy with a rise in tuition fees and a fall in childcare benefits.

• Introduce the Draft Communications Data Bill that would enforce internet service firms to provide customer information to the government.
• Lower childcare benefit for all families and disability benefits
• Possibility of a rise in student tuition fees to as high as £11,500 by the end of government.

The picture looks fairly grim for young people over the next few years in regards to education, housing and personal freedom. There is some respite if you’re already working within a secure job and likely to graduate from a top-tier university.

The fundamental fault of their plans however is the inability to help the least fortunate, due to the unequal distribution of talent and an uneven access to opportunity and education. Many people who are born less fortunate or with less opportunity in society will feel the brunt of income uncertainty and lose their safety net.

Just to remind you, much of my evaluation is based on the assumption of the Conservative manifesto and their MP’s comments, the government could still easily revert back on some of their plans.