So, you’ve finally recouped your losses from Christmas and that expensive Shard dinner on Valentines day. You’ve even managed to budget for the month of March and you’re patiently awaiting your next payday/student loan payment. The English summer is starting to appear over the horizon and you’re thinking about holiday destinations.

Where do you go?!

Europe of course, we might actually be in euro heaven, just this week the pound hit a 7 year high against the € at £1:€1.40. This is the summer to venture to Europe and not America. Adversely, the pound has now languished to a low of £1:$1.47, making that trip to Miami ever more expensive. A trip to Europe with a hotel and flight booked today will only set you back £200-£350, and better yet, you can get a cheaper deal on your spending money.

Typically, most people book their holidays ahead of their trip then exchange their spending money nearer the time of their flights. Fortunately with market moves at present, the £:€ rate is likely to increase, why?

A country’s exchange rate is heavily dependent on relative interest rates and price levels. For example, currency investors and speculators will allocate their money to currencies that will return them the highest expected interest. This is a major reason why the dollar has appreciated against most currencies; the markets believe the Federal Reserve will raise interest rates in the U.S. soon. This belief has pushed up medium-term expected interest rates and caused a movement of capital stateside.

In opposite, the European Central Bank just launched a quantitative easing scheme on Monday. This in effect is the printing of money to buy Eurozone government bonds; the bond prices have an inverse relationship with interest rates. Higher demand for bonds via QE pushes up their price and lowers the interest rate, which should boost investment. It also helps boost exports because lower expected interest rates causes currency depreciation thus resulting in cheaper exports. 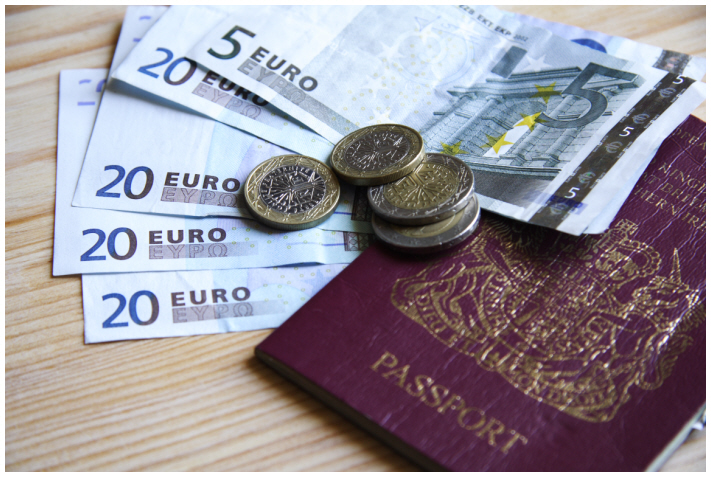 What to look out for?

As the exchange rate is heavily impacted by relative expected interest rates and inflation rates, you need to be aware of key dates that will impact both metrics. The Bank of England sets interest rates in order to control the inflation, to control this the BoE will raise rates when GDP growth or the unemployment level have hit a certain point.

The only hamper on the pound’s rise is the uncertainty around the UK General Election, a hung parliament could cause chaos, resulting in a crash in the investor confidence in the UK.

Please don’t try to take my advice as golden and ensure you’re aware of the risks involved in currency speculation.